I will let the following screen shot speak for itself: 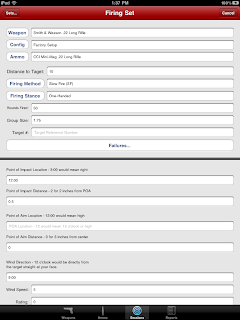 Gun Log v3.0 is an Universal App! This means it runs on iPad as well as iPhone and iPod Touch.

The iPhone and iPad versions are identical. The views were changed to use the full screen space available.

While I was updating the code for the iPad I decided to also make the app work with different orientations. Gun Log is designed to be in a portrait layout, but if you wish, you may now rotate your iOS device and the app responds accordingly.

Posted by Geoff Slinker at 4:53 PM No comments:

The App Store only allows five screen shots. For an app as complex as Gun Log that is not sufficient to show each area.

The feature set of Gun Log is very large.

Here are some current screen shots from Gun Log 2.5. 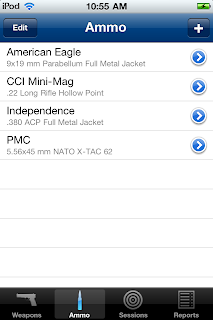 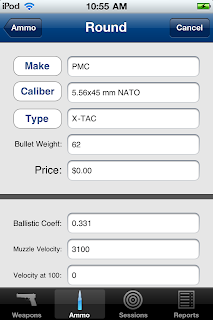 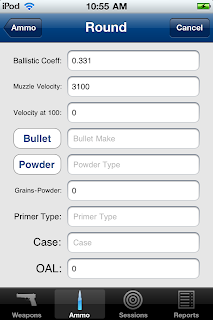 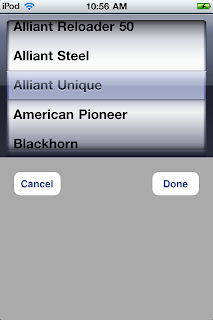 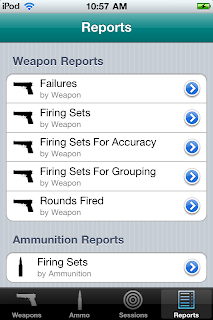 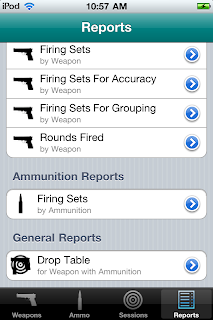 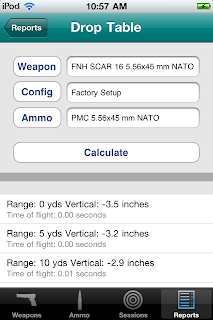 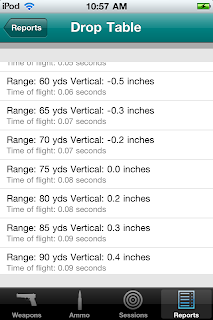 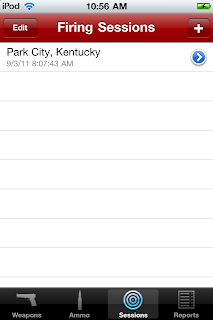 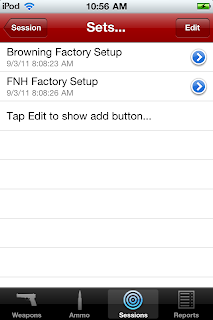 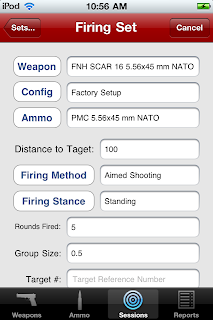 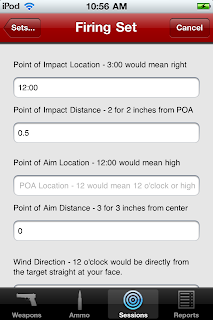 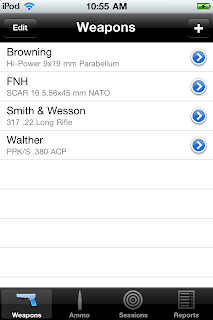 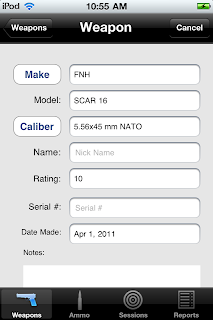 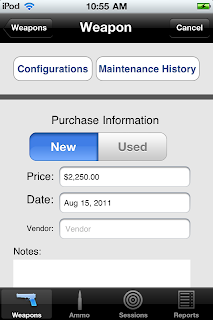 Posted by Geoff Slinker at 10:17 AM No comments:

Bullet Drop Estimator. In a Firing Set or from a Report the bullet drop can be estimated. In a weapon's configuration specify the sight height in inches above the bore axis and the zero range in yards. In the ammo's details specify the ballistic coefficient (typically a number between .2 and 1.0) and the muzzle velocity. With that data a "drop table" can be calculated that estimates the bullet's vertical position and time of flight. The calculations are based on the G1 ballistic coefficient with the standard assumptions of sea level and other variables.

Okay, this little addition has taken a lot of effort. The Bullet Drop Estimator is reasonably accurate. I have compared the results to a few online calculators as well as compared values to those supplied with ammunition.

To get the best results from the Bullet Drop Estimator you will need to know how high your sight is above the center of the bore. This is known as sight height relative to the bore axis. Also you must specify the range at which the weapon is zeroed. Both the sight height and the zero range is entered into a weapon's configuration. It is done there because the various configurations of say an FN SCAR could be various optics and sights all at different heights.

The muzzle velocity and ballistic coefficient of the bullet must be entered into the ammo details.


Here is a screen shot of the Report area. The Drop Table is at the bottom. Just tap "Drop Table". 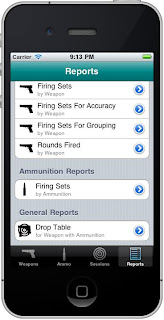 In the "Drop Table" area you can choose the Weapon, Config, and Ammo. Just tap the buttons for each. 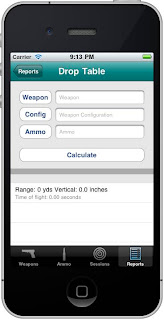 Once you have selected the Weapon, Config, and Ammo just tap the "Calculate" button. 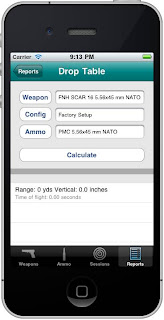 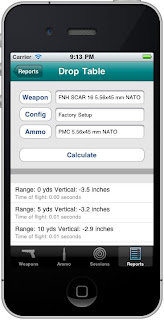 The entire area can scroll. Just drag the data entry area up to reveal more of the table. 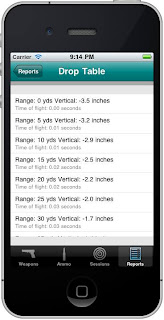 The configuration in this example is zeroed at 200 yards. 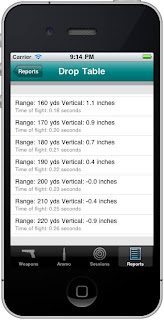 For an example of the data output here I have changed the zero distance to 100 yards. 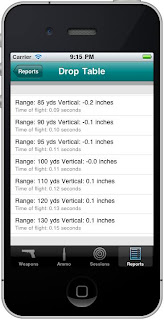 I hope you find this new feature useful. I have been using it for about a month now and find it very useful.

Posted by Geoff Slinker at 1:01 PM No comments: